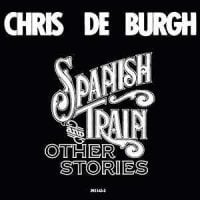 tune your ukulele
+3
0
SPEEDSPD
0
1
2
3
4
5
remove these ads
This arrangement for the song is the author's own work and represents their interpretation of the song. You may only use this for private study, scholarship, or research. UkuWorld and its derivatives do not own any songs, lyrics or arrangements posted and/or printed.
This arrangement was downloaded for free on UkuTabs.com:
https://ukutabs.com/c/chris-de-burgh/patricia-the-stripper/
remove these ads

Chris de Burgh (born Christopher John Davison on 15 October 1948 - Venado Tuerto, Santa Fe, Argentina) is an Irish / British musician and songwriter. He is the son of a British diplomat and an Irish secretary. Few artists can lay claim to international success spanning three decades but, beginning with his very first release, Chris de Burgh has achieved precisely that. The foundations for a remarkable and durable career were laid back in 1975 with the release of Chris’s debut album
All songs by Chris De Burgh