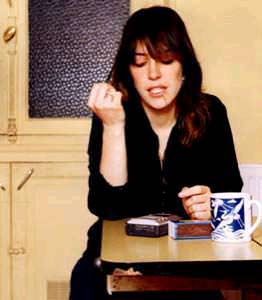 Leslie Feist (born February 13, 1976) is a singer/songwriter from Amherst, Nova Scotia, Canada. She performs as a solo artist under the name Feist and also as a member of Broken Social Scene. Raised in Regina and Calgary, Feist got her start in music as the lead vocalist for a punk band called Placebo (not the more famous British band Placebo), who won a local Battle of the Bands competition and were awarded the opening slot at a Ramones concert. After five years of touring, Feist was forced to take time off from music to recover from voice damage. .
All songs by Feist