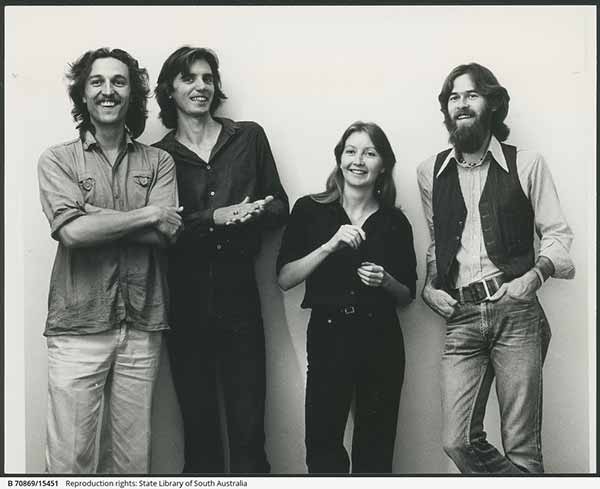 Redgum was an Australian folk and political music group formed in Adelaide in 1975 by singer-songwriter John Schumann, Michael Atkinson on guitars/vocals and Verity Truman on flute/vocals; they were soon joined by Chris Timms on violin. All four had been students at Flinders University and together developed an intensely passionate and outspoken outlook. They are known for their protest song exploring the impact of war in 1983's "I Was Only Nineteen (A Walk in the Light Green)", which peaked at #1 on the National singles charts.
All songs by Redgum