The Way You Are (feat. Kina Grannis)

Album: The Way You Are - Single 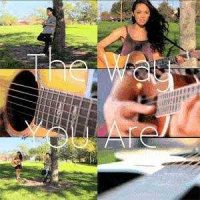 Song: The Way You Are (feat. Kina Grannis) by David Choi

Album: The Way You Are - Single

David Choi is a native Los Angeles singer/songwriter/producer whose songs and tracks have been heard on NBC, FOX, VH1, MTV, A&E, E!, Travel Channel, Style, PBS, Food Network, Disney, retail stores all over the USA, as well as in national commercials overseas. He has worked with brands such as Kelloggs, Starburst, American Cancer Society, GE, YesStyle, Google, Toyota, Samsung, and JC Penney. On YouTube, he has over 1,000,000 subscribers and over 100,000,000 total video views.

All songs by David Choi »