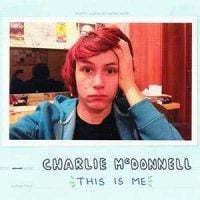 tune your ukulele
0
0
SPEEDSPD
0
1
2
3
4
5
remove these ads
This arrangement for the song is the author's own work and represents their interpretation of the song. You may only use this for private study, scholarship, or research. UkuWorld and its derivatives do not own any songs, lyrics or arrangements posted and/or printed.
This arrangement was downloaded for free on UkuTabs.com:
https://ukutabs.com/c/charlie-mcdonnell/fun-science-sound/
remove these ads

Charles Joseph "Charlie" McDonnell, born October 1, 1990, also known as charlieissocoollike, is a YouTube vlogger from Bath, Somerset, England, United Kingdom. He first came to prominence when a video entitled "How To Get Featured on Youtube" was featured on YouTube's homepage. Prior to this he had fewer than 150 subscribers, but this number increased dramatically within the next eight months. As of June 2011, Charlie has over 1,000,000 subscribers. The video "How To Be English" earned him a television appearance in the UK.
All songs by Charlie McDonnell