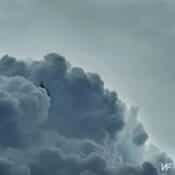 STANDARD STANDARD LEFT BARITONE BARITONE LEFT
Not 100% correct and chords don't go completely to the end, but it's a start :-).
remove these ads

NF is the stage name of rapper and composer Nate Feuerstein from Gladwin, Michigan. Feuerstein endured a hardship-filled childhood in which his parents divorced, his mother’s boyfriend physically abused him, and his mother eventually killed herself. Music was his escape, and he began recording songs on a karaoke machine, with instrumentals on one microphone and his raps in the other. Placing second in a nationwide Fine Arts Festival rap competition in 2008

All songs by NF »