What are you doing new year’s eve? 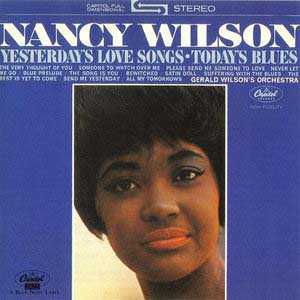 Favorite
Advanced
Chords posted are for the Nancy Wilson version. For the version by Zooey Deschanel and Joseph Gordon-Levitt you can simply transpose it x half steps up. You can leave out the diminished chords to make it easier.
remove these ads

tune your ukulele
+6
0
SPEEDSPD
0
1
2
3
4
5
remove these ads
This arrangement for the song is the author's own work and represents their interpretation of the song. You may only use this for private study, scholarship, or research. UkuWorld and its derivatives do not own any songs, lyrics or arrangements posted and/or printed.
This arrangement was downloaded for free on UkuTabs.com:
https://ukutabs.com/n/nancy-wilson/what-are-you-doing-new-years-eve/
remove these ads

There is more than one artist with this name: 1) Nancy Sue Wilson - jazz diva best known for her 60s standards recordings. 2) Nancy Lamoureaux Wilson - singer, songwriter, and guitarist, and member of the group Heart. 1) Nancy Sue Wilson (born February 20, 1937, in Chillicothe, OH, United States) is a jazz diva famous for recording American standards in the 60s. She was among contemporary music's most stylish and sultry vocalists; while often
All songs by Nancy Wilson

remove these ads
wpDiscuz
Login to your Account
Register at UkuWorld